“It was brutal.  It was scary,” Carvolth said of the course where she achieved her latest success over 10km at the Queensland Cross Country championships.

“My quads (quadricep muscles) are still paying for it.”

The open women and men’s Ipswich course was five laps around the park, including a steep hill near the cricket oval next to the Ipswich PCYC.

“That was the killer.  It (the hill) goes straight up,” Carvolth said.

Although disappointed not to win the open women’s event last weekend, the Esk runner was happy with her time of 35 minutes and 10 seconds.

She soldiered on around the gruelling circuit not feeling her best having suffered a cold in the lead-up to the race.

With only virtual racing available during the COVID sporting shutdown, Esk-based Carvolth was glad to be competing live again.

“You do all this training and it’s good to go out and have something to actually put it into,” she said.

In recent months, the 30-year-old running ace maintained her weekly 130-160km program.  “Because I was out at Esk, nothing really changed for me because I train pretty much by myself anyway,” she said.

She said a virtual marathon she did with Ipswich icon Clay Dawson in June also “went really well”.

But last Saturday’s race was her first major competition in months.

“I like it a lot better than the track,” she said, having also won multiple Queensland 5km and 10km medals in those events over the past decade.

“Because I live on a property, I’m used to running in a paddock so I’m more suited to it I guess.

“I haven’t got the speed for the track.  I just seem to run better in cross country.” Carvolth was one of the Ipswich and District Athletic Club competitors among the 290 females and 338 males who contested the latest state championships in Ipswich.

Being a hot and humid day enhanced the mental and physical test the runners faced on the hilly course.

Another elite Ipswich club runner Jude Thomas stepped up an age group to win a bronze in the open 10km for men.

The world under-20 championships hopeful completed his challenge in 30 minutes, 42 seconds against older and more seasoned athletes.

Carvolth tries to train once a week with Ipswich’s NANCI running squad that also includes Thomas.

She came second in the open women’s competition last year.

“Hopefully I can go one better this year.  I’ve had a few more long runs,” Carvolth said. 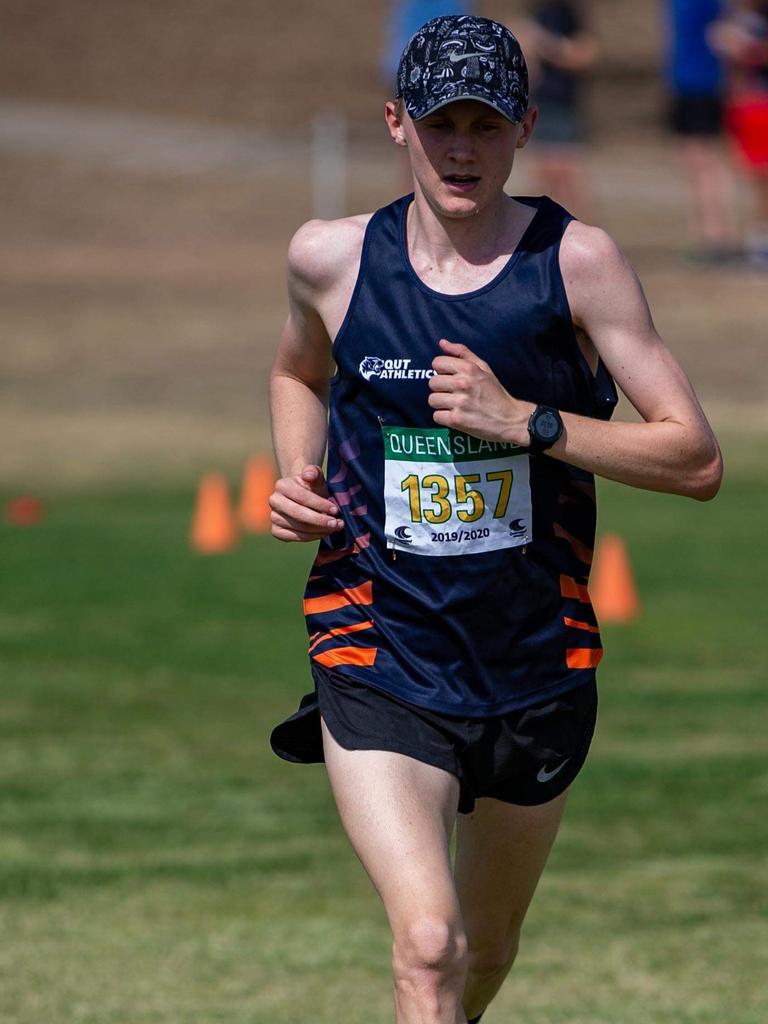 How other Ipswich and District Athletic Club competitors fared.

Leah Leembruggen and Tahnee Beckers:  Both missed their 10yrs 2km race, but were allowed to run in the 11yrs girls 3km race with times of 13 minutes, 47 seconds and 14 minutes, 14 seconds respectively.  A great performance for these girls as they hung in for that extra kilometre.

Conor Mathewson:  Turned in magnificent 1000m in a fabulous time of three minutes, 17 seconds in the nine years event.