In an amazing Ipswich club performance, national under-16 heptathlon champion Charlize Goody was one of the 21 gold medal winners to shine at the latest Athletics North Queensland Championships in Townsville.

She won the under-18 heptathlon with a personal best 4740 points, setting another National Qualifier standard.

Despite the extremely cold conditions that became hot and at times windy over the weekend, Goody produced another consistent performance in her main seven event competition.

The 15-year-old all-rounder also set a meet record in winning the discus with a 44.36m throw.

That level of success also applied to other members of the powerhouse Ipswich and District Athletic Club team.

Apart from 21 gold medals, the group returned from North Queensland with 16 silver and seven bronze medals. 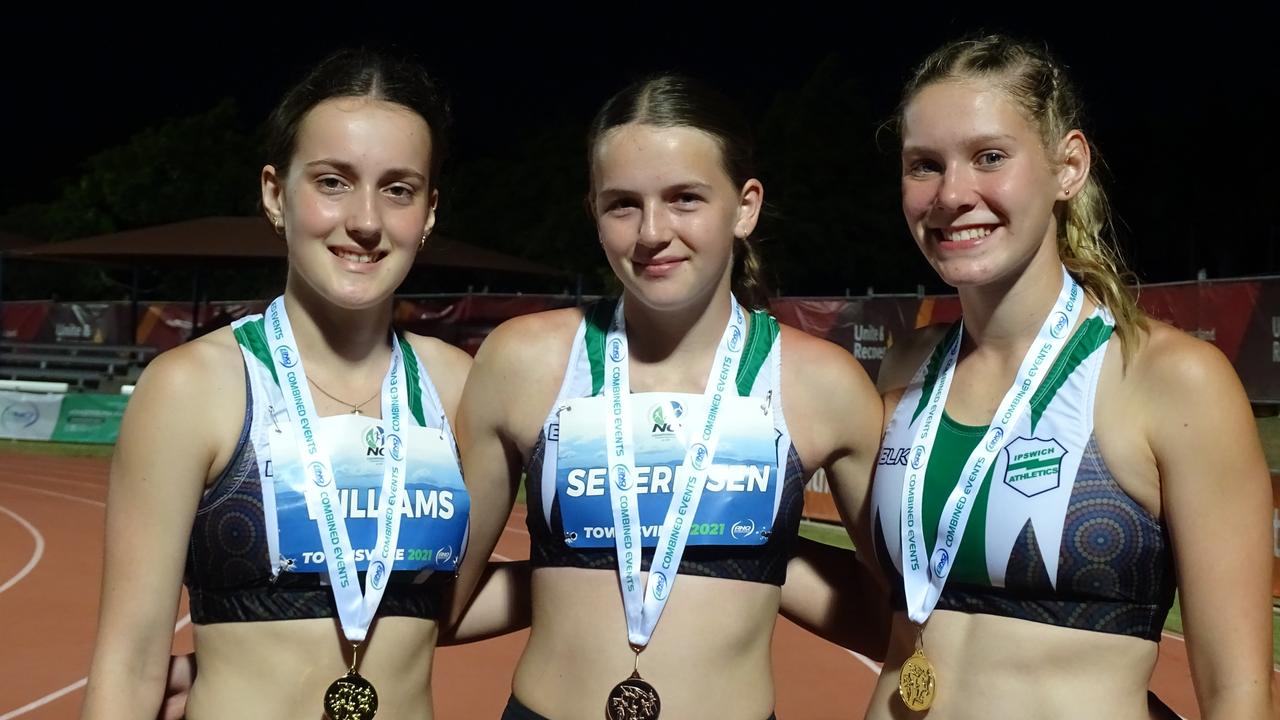 Ipswich and District Athletic Club trio (from left) Monique Williams, Abbie Severinsen and Charlize Goody were among the medal winners at the Athletics North Queensland Championships in Townsville.

Like Goody, Williams set a National Qualifier in the 14 years heptathlon.  Her latest 4376 point effort was a personal best effort.

Severinsen similarly achieved a National Qualifier in the 14 years heptathlon totalling 3373 points in finishing third.  She also came second in the 200m hurdles and third in the 90m hurdles.

Sills won three silver medals in his 12 years competition.  They were in the discus, shot put and hammer throw. The athletes received their medals ― and some timely encouragement ― in Townsville from 1984 Olympic heptathlon gold medallist Glynis Nunn. “I was amazed how all the parents supported each other and then on Saturday night having a club get together at the Cowboys Club restaurant was a great way for all to relax,” he said. 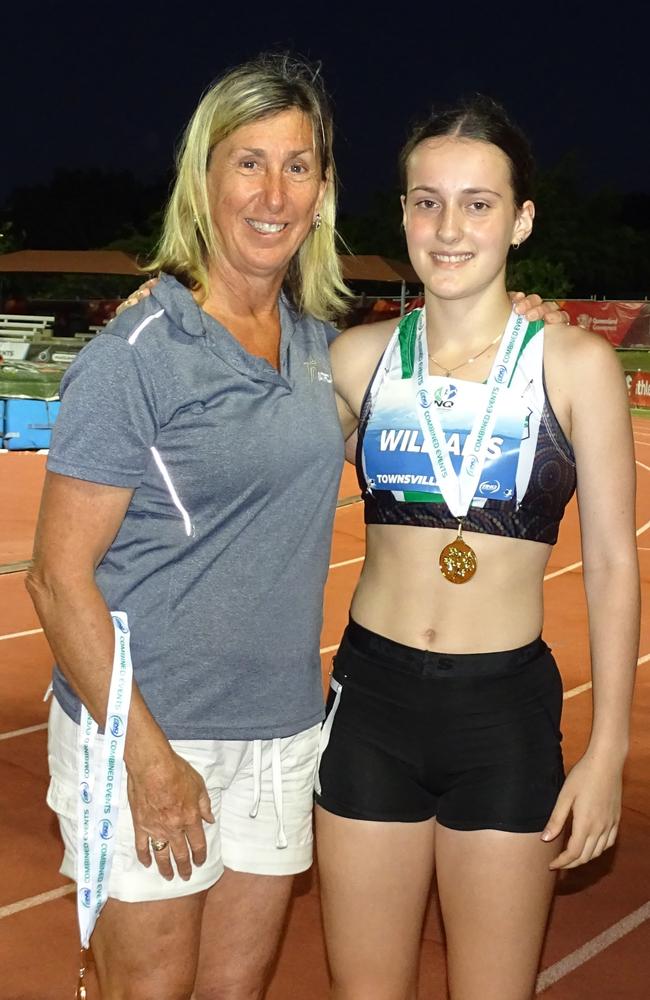