Despite a severe downpour and storms, Thomas won the Queensland 3000m championship at QSAC in Brisbane.

With three divisions available, Thomas raced in the “A” event with good friend and teammate Alex Davies.

With under 20 and open competition athletes in the same race, it took a brilliant effort by Thomas to finish second overall.

The City of Ipswich Junior Sportsperson of the Year claimed the silver at open level and secured the gold as an under-20 runner.

His time of 18.18.30 was a massive personal best by more than three seconds.

“To do this on a wet track with pouring rain was phenomenal,’’ Ipswich and District Athletic Club coach Vic Pascoe said. In his first run in open competition, Davies finished 12th overall and 10th in the under-20 competition in a time of 8.50.28.  That was just outside his personal best.

Thomas and Davies are still 17, highlighting their immense talent and promise. 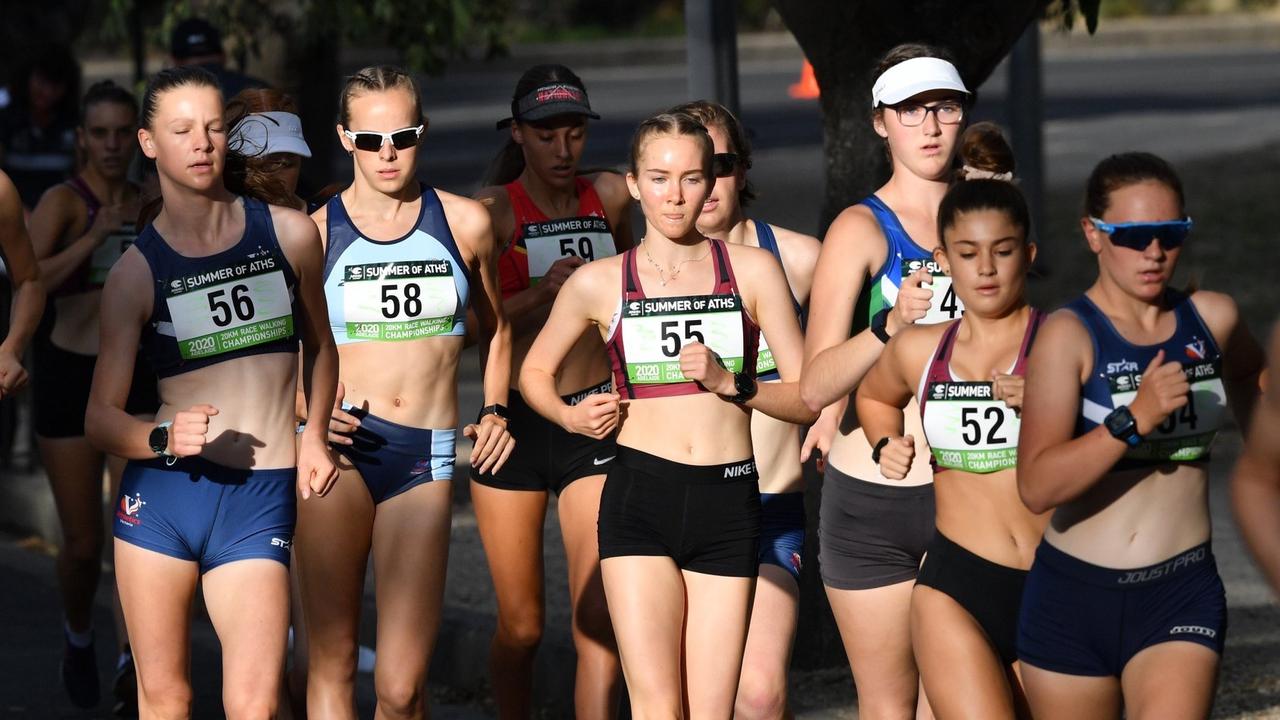 Ipswich and District Athletic Club race walker Camryn Novinetz (number 55) in the 10km under-20 event at the national titles in Adelaide.

In another success for regional athletes, Camryn Novinetz finished a gallant fourth in the under-20 10km event at the Oceania Race Walking Championships.

The event was held along the banks of the Torrens River in Adelaide, in conjunction with the 20km Open Race Walking Australian Championships.  Athletes were chasing a spot on the national team for this year’s Tokyo Olympics.

Novinetz, returning from a serious illness, just missed the bronze medal by a few seconds.  She covered the journey in 50 minutes and three seconds.

The 16-year-old won the Australian under-17 5km Walking Championships in Sydney last year.