Thomas, 18, is one of an elite list of local athletes aspiring for national and international recognition, most of which will be in action at the state titles starting on Friday.

Thomas won’t be in Brisbane for the states, rather he will be competing in Sydney at a 5000m event where he is trying to run a world junior qualifying time.

Thomas may be little known to the general Queensland sporting public, but within Athletics Queensland he is known as one of Australia’s most exciting 800m, 1500m, 3000m, 5000m and 10,000m prospects.

And around the streets of Ipswich, Thomas and fellow members of Peter Reeves’ co-ordinated Nanci running group are part of the fabric of the community. 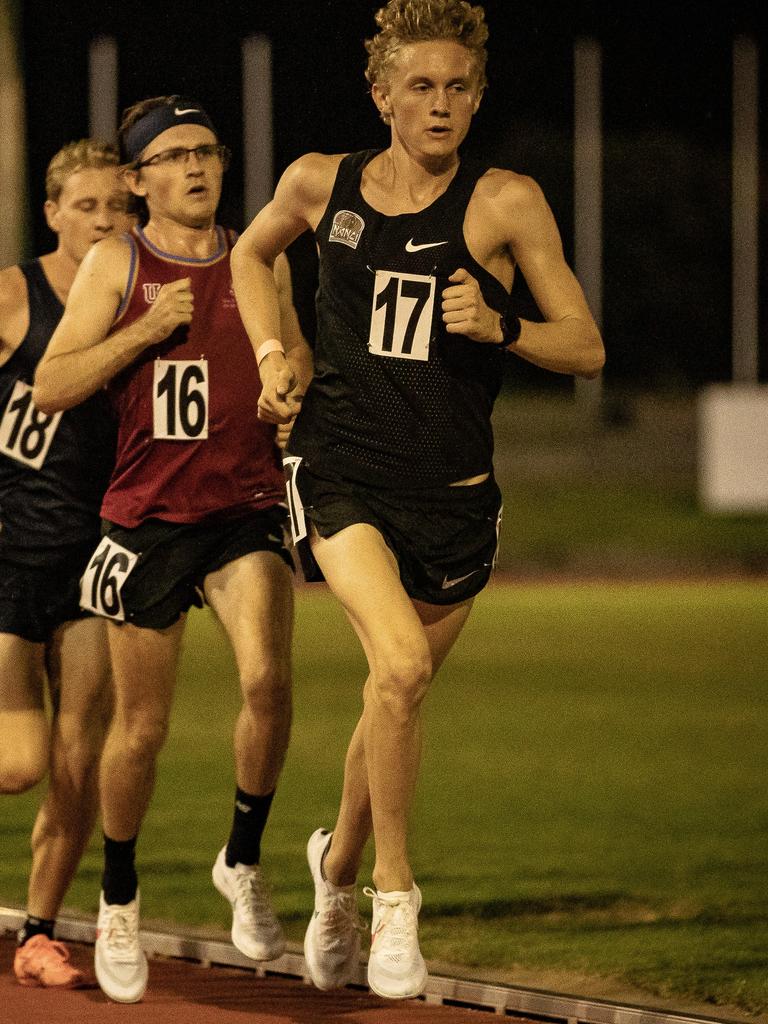 Ipswich athlete Jude Thomas leads the pack on his way to smashing a state under-20 record in the Queensland 3km open championships race.

“We do a long run around Ipswich every week,” the St Edmund’s College old boy said.

“We would have 50 courses and we would have run around 60-70 per cent of all the streets in Ipswich.

“The creek crossings, hidden paths, we have found them all.”

Thomas uses the long runs around Ipswich as part of his plan to build “massive” amounts of aerobic fitness, so when he peaks aged 24-25 he is ready to go.

It is a fitness program adopted by coach Reeves straight out of the running guide book of long distance champion Pat Clohessy, who Reeves got to know after his sons ran with the renowned marathon man.

“Pat’s philosophy was a lot of aerobic running, gathering a massive base of running,” Thomas said.

“The prime age (for middle and long distance runners) is 25-26 years, so you have to be ready.

“It is all about waiting really.  You have to look at five years as a short term.  It is about being patient. 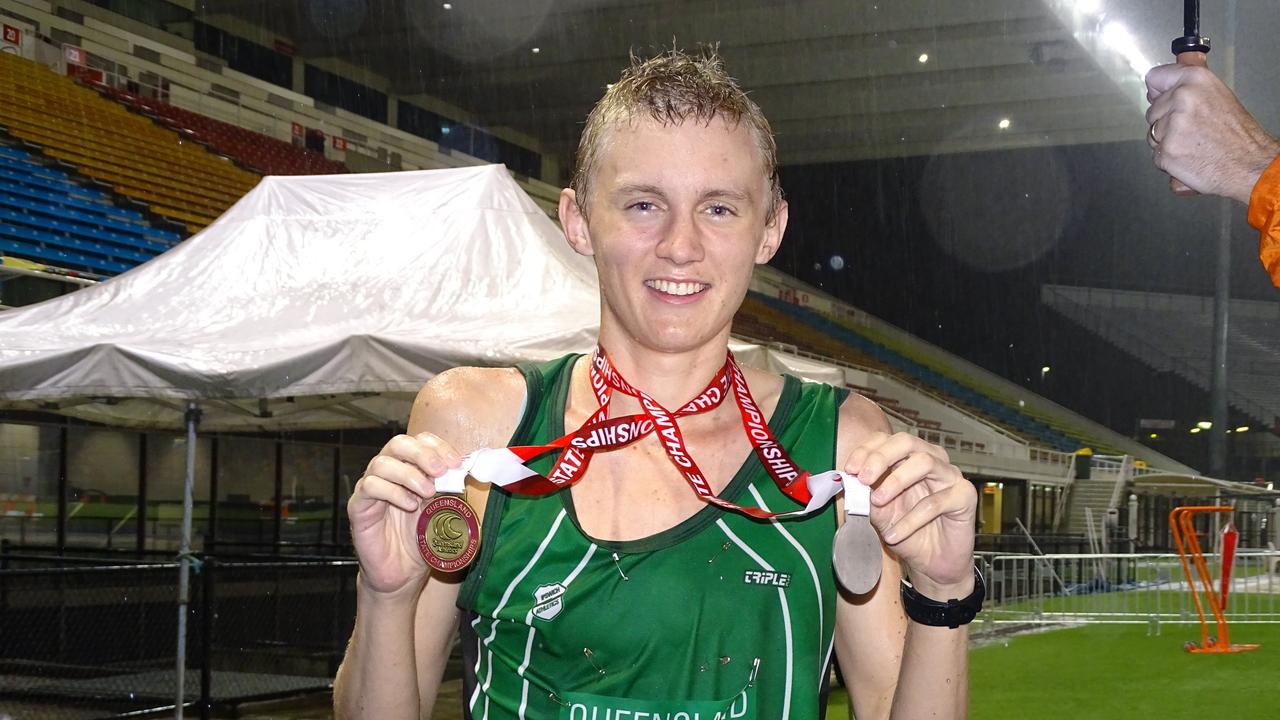 Jude Thomas earlier in this career.

“It was hard to think of it like that.

“But I am racing opens now, and I am starting to make a bit of a dent in the open level.  I am being competitive with these open guys.”

So every day, rain, hail or shine, the Ipswich and District Athletics junior runs around Limestone Park or the Ipswich area. Ipswich athlete Jude Thomas on his way to winning the open men’s 800m at the Alana Boyd Shield meet.

“I am coming up to three years without a day off from running.”

And his training is working.

The only problem Thomas has is working out his best event between the 800m and the 10km.  “But it is important to have options,” he said.

Regardless of his event, Thomas is shooting for the top.

“I want to make the Olympics,” he said.  “I don’t want to sound arrogant about it, but I want to be the best Australian ever.”