Ipswich and District Athletic Club all-rounder Charlize Goody was among the major medal winners at the latest Queensland championships.

AN iron lady, unstoppable all-rounder and dedicated thrower clocking up the kilometres.

Laylani Va’ai, Charlize Goody and Jessica Rowe are three of the incredible Ipswich and District Athletic Club competitors who shared in the latest medal haul at the Queensland Track and Field Championships.

Ipswich club athletes won a total of 27 medals with a remarkable 47 personal bests over the four days of competition.

“We are getting a lot of PBs,” Pascoe said.

“Normally on a club day, you have three or four maybe.

“But at the championships, it just goes to show that the coaches have done their job by getting the athletes to peak at the right time.

Pascoe also praised the parents and friends for their support, especially coming to meets to cheer their athletes on to personal best standards.

He said many of the Ipswich club athletes have qualified for the Australian 2021 Track & Field Championships at Olympic Park in Sydney next month.

A team is expected to be announced in coming days.

Among the latest athletes to excel was Laylani Va’ai who Pascoe calls an ‘iron lady’ for competing in almost every event.

“She has grown so much stronger over the last 12 months and I think she’s going to be really competitive at the heptathlon championships in Sydney,” Pascoe said.

She is competing at the Little A’s State championships this weekend before tackling the Heptathlon Nationals (for under-14-U18 athletes) in Melbourne next week.

Goody is also working towards the individual Australian Championships from April 12-19. 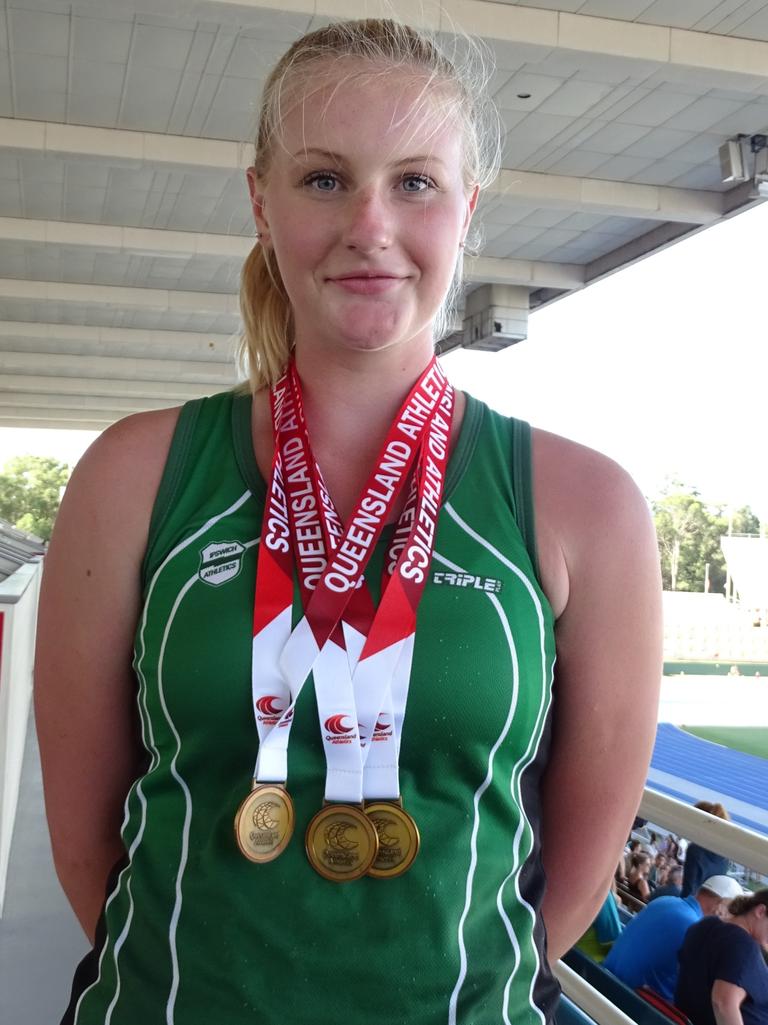 When it comes to dedication, Rowe sets a standard to match her ever-growing medal tally.

She travels regularly from Clinton to be coached by Michael Moore at the Ipswich club.

She is also preparing for the nationals in April.

Pascoe said Rowe typified commitment, eager to join other Ipswich club athletes for regular training in addition to her own work at home.

“It (athletics) is something she wanted to do and she has become good at it,” he said. 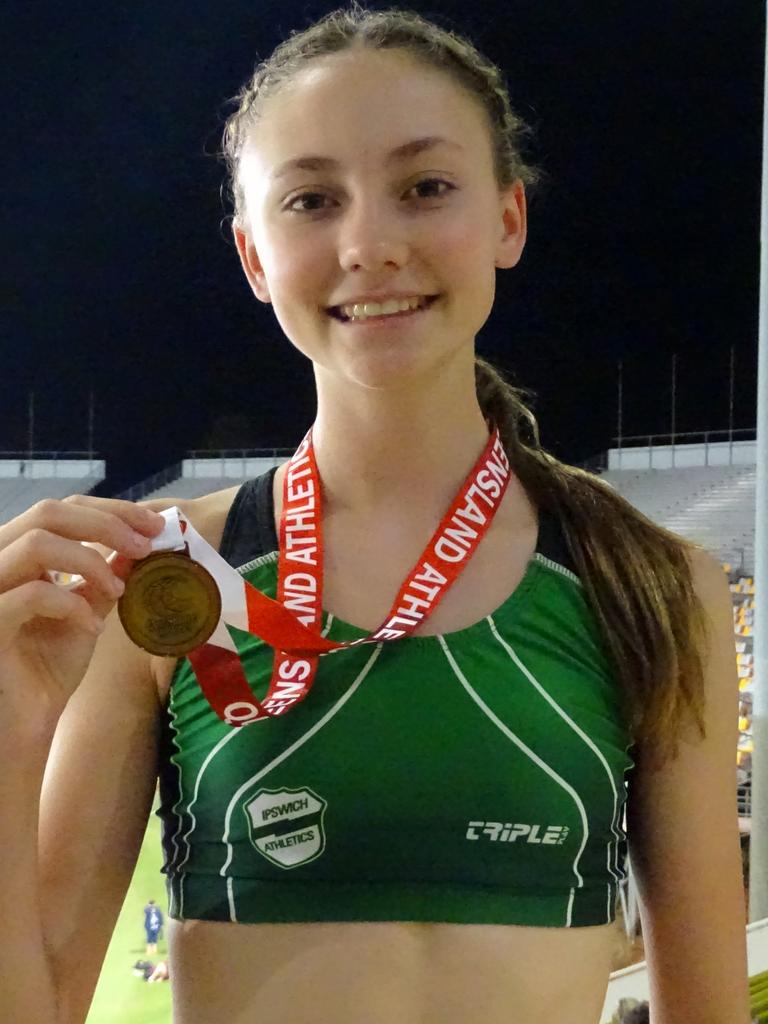 Another athlete on the rise, literally, is Toby Stolberg.

“Toby has high jumping down to an art,” Pascoe said.  “Just watching this young girl is superb.”

In a tremendous group of club athletes, Pascoe urged Blake twins Kobe and Cooper to continue progressing in their range of events.

“They try very hard and are still working out what events they should concentrate on,” Pascoe said.

“As they develop and give them another two years, I reckon they will be dam good athletes.”

Isabella Willshire is another athlete to watch, working with club coach Mark Sills.

“To gain a place into the final 10 is a marvellous achievement for our athletes,” Pascoe said.

“They are a wonderful group of youngsters.”