ATHLETICS:  The Ipswich and District Athletic Club’s “Iron Girl” will lead an outstanding group of competitors to the Australian Athletics Championships later this month.

Charlize Goody will head the team after another superb individual performance at the latest Queensland titles.

Goody won a gold, silver and five bronze medals in her under-15 competition.

She was part of the Ipswich club combination that amassed 37 medals in total ― eight more rewards than at the 2019 Queensland championships. In what club coach and official Vic Pascoe described as “some extraordinary performances”, a number of athletes qualified for the national titles in Sydney from March 21-29.

“The number of personal bests is testament to their attitude and commitment to the sport of athletics,” Pascoe said. 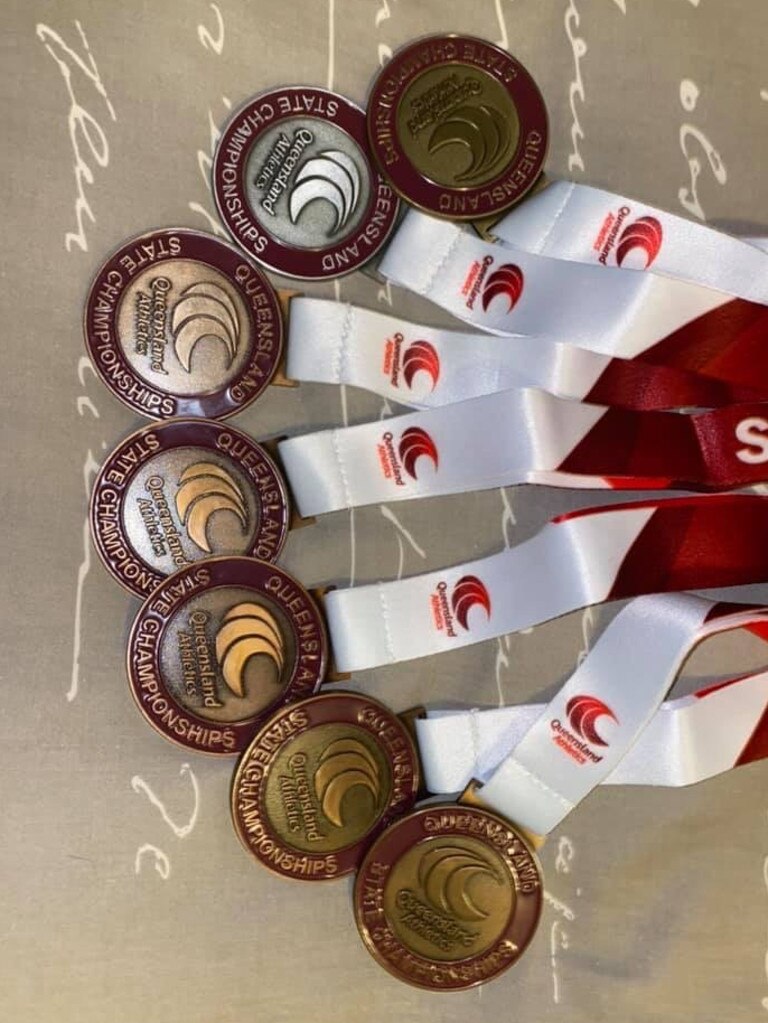 Australian heptathlon champion Goody led the way again with gold in javelin, silver in her shotput event and bronze in high jump, discus, 90m hurdles, hammer and under-17 javelin.  That included four personal bests across her 10 events. Pascoe said Jessica Rowe had lot of admirers too when she won medals in each of her five under-16 events.

They were gold in the U16 hammer, and silver in the discus, javelin, shotput and under-17 hammer. Craig and Benjamin Thomas after the under-20 runner won the 100m-200m double at the state titles.

Camryn Novinetz added another club gold in the under-18 5km walk.  The next day, she won a silver in the U18 10km walk.

“The stamina this young girl has amazed me,” Pascoe said.  “It’s hard to believe.” Camryn Novinetz won a gold and silver in her walk events at the state titles.

Twin brothers Kobe and Cooper Blake also impressed, setting personal bests in every event they contested in under-15 competition.