SOME incredible performances were relived and major highlights shared at the Ipswich and District Athletic Club’s latest presentation function.

New club captains Jude Thomas and Laylani Va’ai were also named for the next three years, taking over from Liz Melrose and Ben Thomas.

Jude Thomas, the club champion for 2020/21, and another under-20 achiever Va’ai were among the many award winners who celebrated outstanding seasons.

Thomas led the way with multiple successes at state and national level, including Australian selection after his impressive 1500m, 3km and 5km performances in recent months.

He set World Junior qualifying standards during his run of elite performances. Ipswich athlete Jude Thomas on his way to victory at the Australian Junior Track and Field Championships.  Thomas won the under-20 1500m and 5km national titles.

She was named Club Achiever of the Year for her incredible commitment and competition successes.

Goody was also recognised for “most club participation”. Club president Vic Pascoe was delighted to see so many talented regional athletes recognised at the Brothers Leagues Club on Sunday.

“It’s been a fantastic year for the club not only in winning medals, doing PB’s,” Pascoe said.

“We have a record number members for this season ― a total of 133 and this includes six volunteers and a committee of nine.”

The club recognised five Australian titleholders.  They were Jude Thomas (U20 1500m, 3000m and 5000m), coached by Peter Reeves;  Jessica Rowe (U18 hammer throw), coached by Michael Moore;  and Goody (U16 heptathlon), coached by Mark Sills and Moore.

“To have 20 selected for the Nationals with 19 attending adds class to our club in a way that people are beginning to see this is the club for us,” Pascoe said.

The former international track and field official shared his journey through athletics.

DEDICATED DES:  Johnston reflects on years of service and the dramatic moments

Ipswich Mayor Teresa Harding attended and spoke about what was happening.  That included a major issue ― securing a tartan track in Ipswich.

Among other guests to present awards were Ellie Dalton of Walker & Pender. 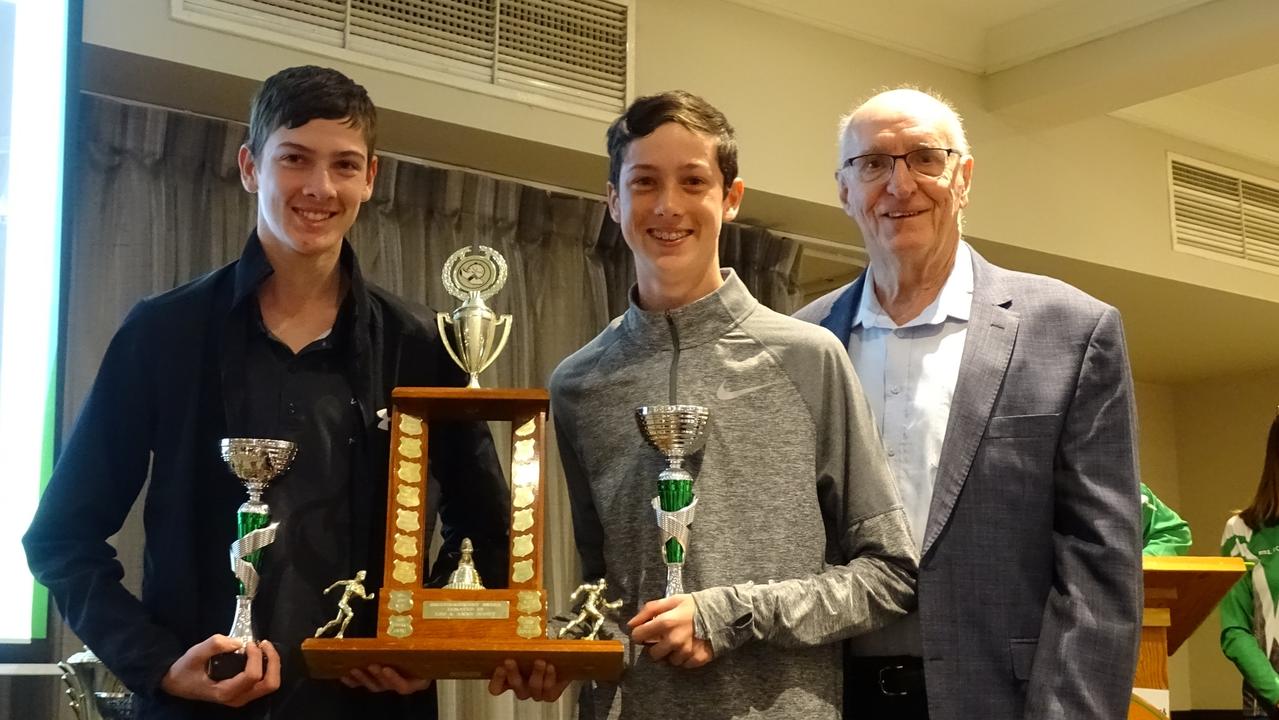 Kobe and Cooper Blake were encouraged to continue their athletics progress at the Brothers Leagues Club function.  They are pictured with club patron Les Scott.