Athlete Mark Sills was among a group of promising Ipswich teenagers who received 2000 Olympics Youth bursaries in 1995.

IN 1995, Ipswich City Council awarded 2000 Olympics Youth bursaries to 11 of the region’s most promising young sportspeople.

Can you recall who was identified at that time as a future Olympic prospect?

Some, like swimmer Heath Ramsay achieved their Olympic dream.  He represented Australia in the 200m butterfly at the Sydney 2000 Olympics. Ipswich swimmer Heath Ramsay displays his delight at making the Australian team for the Sydney Olympics.  He won the 200m butterfly final at the national trials.

Another international achiever Belinda Kitching went on to represent Australia in 36 matches as goalkeeper for the Matildas football team from 1996-99.

The other nine talents continued on their sporting paths making state and national development teams.

Athlete Mark Sills is now a coach at the Ipswich and District Athletic Club.  He was a team manager who competed in the Ipswich masters competition at Saturday’s Queensland Relay Championships.

The talent pool identified in 1995 included siblings Katie and Jason Greene, who were promising hockey players.

So who were these 11 talents? 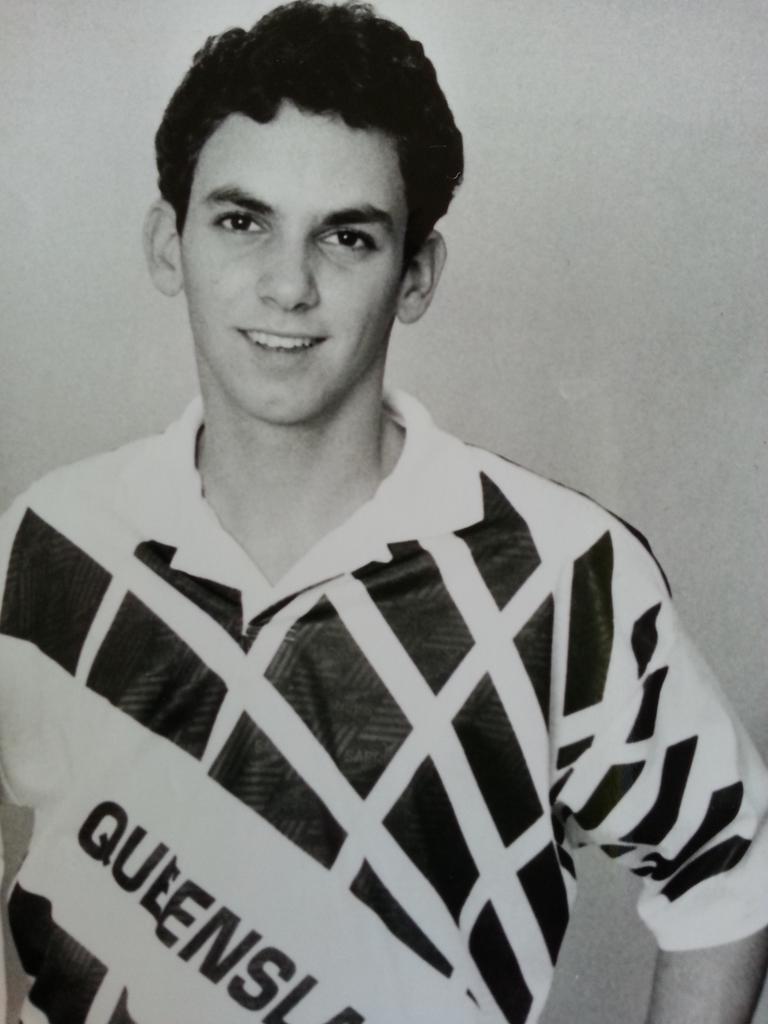 Katie Greene (hockey):  The 14-year-old Raceview resident was a member of the Queensland Schoolgirls under-16 team that won the national title in 1994.  She was invited to the Queensland Academy of Sport junior training camp. Belinda Kitching (football):  The 17-year-old shot-stopper was selected in the Australian under-16 team in 1991 and 1992.  She was also chosen for Australian Youth sides in 1993 and 1994.  She toured New Zealand in March 1994 as Australia’s number one under-20 goalkeeper.  Kitching was later chosen in the national squad for an American tour.

Belinda Kitching in the 1990s. Heath Ramsay (swimming):  Aged 13 at the time, Wulkuraka-based Ramsay made Queensland primary schools teams in 1992 and 1993.  He was recognised in the 1994 Ipswich City Council junior sports awards.

Ipswich swimmer Heath Ramsay went on to represent Australia at the 2000 Sydney Olympics and 2002 Commonwealth Games. Mark Sills (athletics):  The 18-year-old Purga competitor was an Australian under-18 long jump champion and national champion in under-16 high jump, long jump, 100m and 200m.  He also won a Malaysian under-20 long jump title. Angela Szymanowski (tennis):  The Bundamba-based 12-year-old was ranked number one in Queensland at under-14 level.  She reached the finals at the 1995 Australian under-14 titles.  She was also a Queensland representative at the 1994 Olympique tournament in Noumea where she won the under-14 and under-16 singles titles against New Zealand, French and other Australian players.

Jay Whittred (basketball):  The 16-year-old from Sadliers Crossing was chosen in Queensland and Australian under-16 sides.  He was also part of the Queensland Academy of Sport in 1994 and 1995.  He was included in the 1994 Brisbane Bullets junior development squad.

Michael Wooldridge (swimming):  The Raymonds Hill 11-year-old was a Queensland Australian 10 years 50m breaststroke champion in 1994.  He won the Queensland 11 years 50m final in the same event in 1995.