ATHLETICS:  Ipswich’s coach of the year Peter Reeves has enjoyed many memorable moments as a competitor and mentor over the years.

However, he still gains immense satisfaction seeing the runners he works with achieve their goals.

Three of those Ipswich and District Athletic Club competitors set personal bests at the recent Queensland 3000m championships at QSAC in Brisbane, highlighting the experience and exciting youth in the region.

Named coach of the year at the annual City of Ipswich Sports Awards last November, Reeves has worked with the trio in recent years.

The highly regarded mentor was delighted with their magnificent performances, rating Thomas a standout. 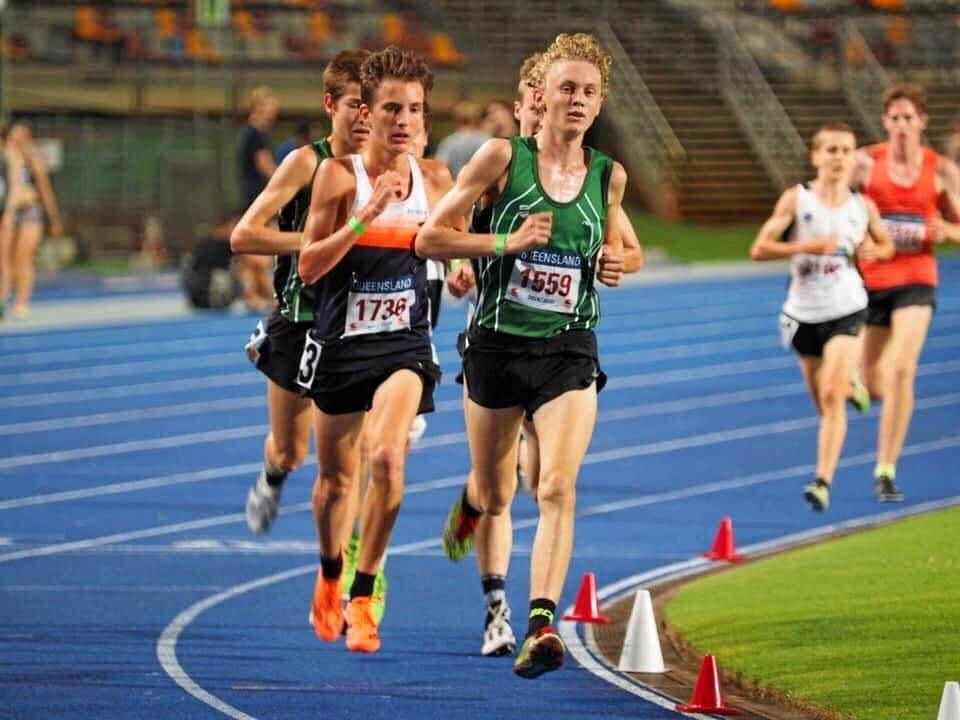 At the Queensland 3km titles, Thomas ran with perfectly judged pace.  However, the way he kicked in the last lap was sensational, going on to win the gold medal for the first time in that event.

Thomas also recently came agonisingly close to selection for the world titles this year.  He finished seventh, only five seconds behind the final qualifier.

“That was a great time and he’s only 16 and he just missed out on the Australian under-20 cross country team,” Reeves said.

Training partners Thomas and Davies are preparing for the state titles from March 7-10 where they’ll contest the 1500m and 3000m events respectively.  They have also qualified for the next Australian championships in Sydney in April.

In the recent state under-18 event, Davies secured the bronze after slicing 18 seconds off the time he set the previous year.

“It was a tough field,” Reeves said, happy with Davies’ times for his age.

However, Reeves said Carvolth would now focus on cross country, half marathons and pursuing her marathon goals, now she’s in her late 20s.

“It is very difficult as the girls get older to do the track,” Reeves said.  “There were 40 girls running the 1500m in about three heats and only two of them were older than 20.  There were some outstanding juniors.

“Her ambition really is to make an Australian team in the marathon (which suits older athletes like Carvolth).”

A record number of more than 185 athletes competed at the recent state 3km championships.

Wilson, 18, ran superbly to come second in the Open 3000m C division with a time of 9.29.11.  That was a personal best effort from the promising club newcomer.