ATHLETICS:  Having enjoyed the Ipswich and District Athletic Club’s latest milestone, Andrew Wheeler fittingly declared what he would dearly love.

That’s because Wheeler has savoured the four decades he has been with the city’s highly successful athletics club.

Wheeler was one of the athletes who registered in the club’s first season of operation in 1978/79.

Forty years later, he still helps out as a throws coach when his work as an exploration company consultant allows him to spend time at Bill Paterson Oval.

Wheeler was delighted to be among the 70 guests at Brothers Leagues Club last Sunday for the 40th anniversary function.

He enjoyed reuniting with people he hadn’t seen in a number of years.

“It was good to see they haven’t really changed that much,” the former decathlete said. 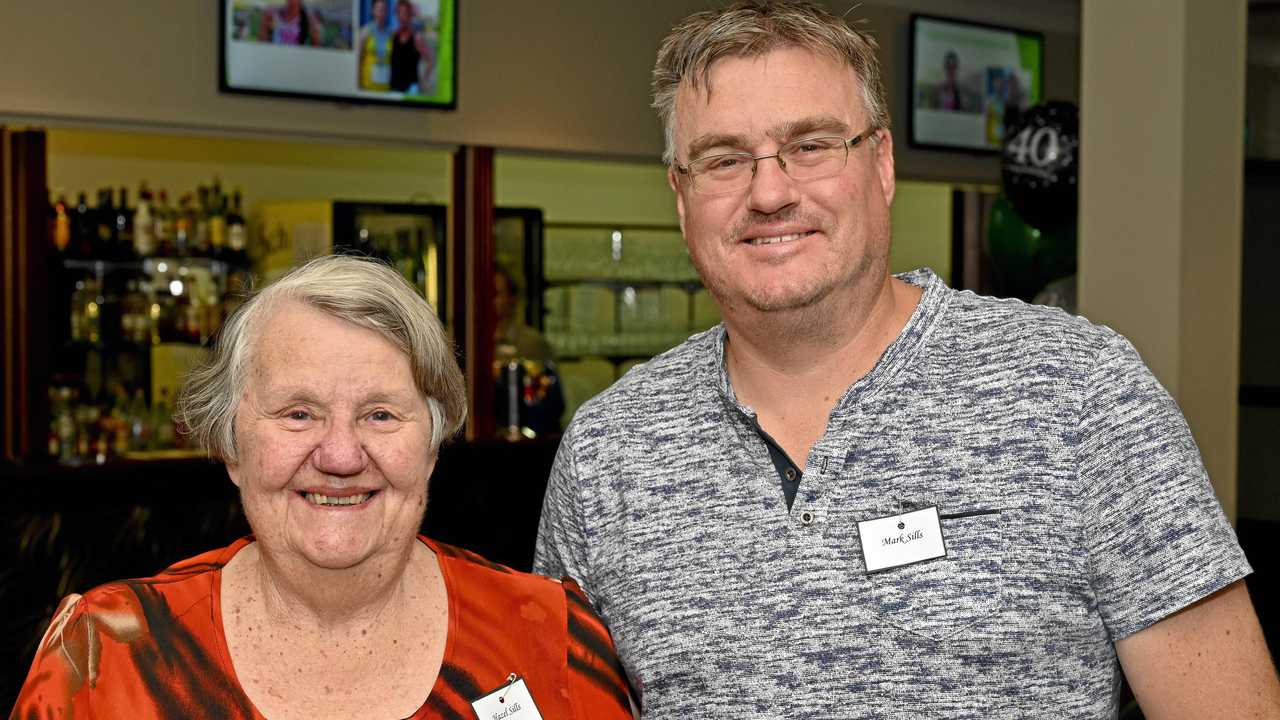 Catching up with friends at the well-attended Ipswich & District Athletics Club 40 year lunch are Hazel and Mark Sills.

Among athletes from the 1980s and 1990s he caught up with were Lynten Johnson, Tim Blair, Bevan Brooks and former state MP Rachel Nolan.

That close bond is one of the reasons Wheeler offers for why the Ipswich and District Athletic Club has been so successful from the beginning.

He said annual trips to the Queensland Country Championships starting in 1982 were wonderful for club spirit.

“We’ve always competed as a team and we’ve always encouraged each other and people see that.  They are welcome to the club.

“That’s always been part of it.” The former athlete said another key factor in the club’s ongoing strength was its relationship with Ipswich Little Athletics.  That was after the former Bundamba Little Athletics centre became an Ipswich branch in September, 1976, relocating to Bill Paterson.

“There’s quite a bit of linking with the Ipswich Little A’s centre and that’s always been there,” Wheeler said.

“We encouraged the younger ones to come along and mix with the older ones.”

Wheeler still gets a buzz on training nights seeing new people and working with the dependable stalwarts.

He started as a multi-events athlete, enjoying pole vaulting before working his way into decathlons to state level.

“I always enjoyed that and decathletes are always the last to leave,” he said. At Sunday’s function, Benjamin Thomas and Elizabeth Melrose were named official club captains for the first time, honours that surprised both competitors.

Wheeler said that followed earlier years where athletes were named club captains for trips away.

As a coach since 1985, Wheeler also got to work with some incredible mentors.

He said another reason for the club’s countless achievements was the quality of coaches like Bill Paterson, Geoff Jones, Patricia and Geoff Barclay, Vic Pascoe and Theresa Stolberg.

“We’ve always done well along those lines,” he said.

He said long-time club supporters like international officials Des Johnston and Trish Kinnane also played vital roles in grassroots administration, helping build the club to what it is today.

“Those are the people that work hard behind the scenes,” he said.

Last Sunday’s 40th year anniversary followed a 10 year celebration at the Bodega Restaurant and a 25 year reunion at the Prince Alfred Hotel.