The Novinetz siblings are displaying plenty of promise with Camryn excelling in race walking and Rylee developing her 800m and 1500m experience.

Rylee, who turns 13 in July, is also keen on cross country competition.

While the sisters pursue their respective goals, mum Judy is providing some valuable motivation.

Apart from training with her NANCI friends, she derives considerable enjoyment being with her daughters in regular Saturday competition.

“Camryn started doing fun runs just to sort of get her fitness up for cross country and I used to just take her away,” Judy said.  “Then I decided to start.”

That was about three years ago.

Rylee joined the duo last year, making it a family affair when park running was staged before the current shutdown.

With strong connections to the Ipswich and District Athletic Club, the trio are hoping to join forces again in future events.

Year seven student Rylee has been with the Ipswich club for two years. 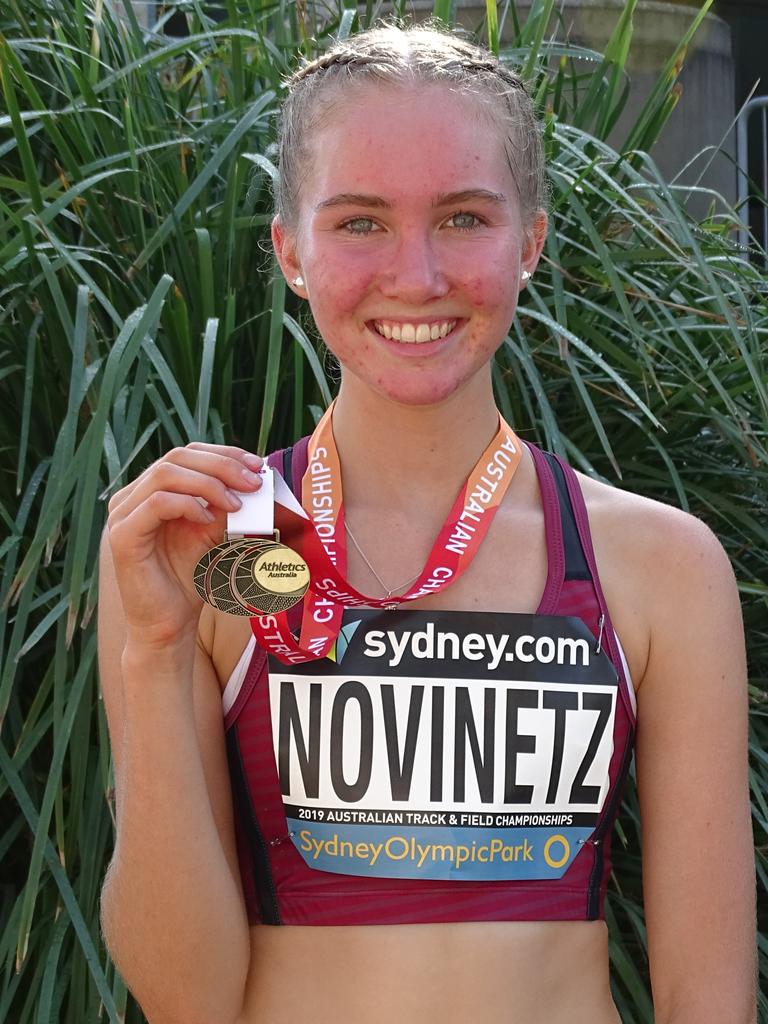 Camryn also started with the Ipswich Little Athletics Centre before progressing to the senior group, where she competes for the club in Saturday night events.

Rylee’s main successes have been in 800m and 1500m at regional level, representing West Moreton Anglican College and Met West in school events.

Year 11 WestMAC student Camryn is rising through the race walking ranks, finishing fourth over 10km at this year’s Oceania under-20 championships.

While not taking the park runs too seriously, Camryn said they are great events to see how the training is progressing.

“It’s definitely good having a mum that can run with you and keep up,” Camryn said.

Judy is pleased to see her family enjoying athletics so much.

“It definitely does,” she said, when asked how they encourage each other.