Ipswich athlete Jude Thomas (green shirt) works his way from the back of the field into third in the latest 5km event at the Queensland Championships at QSAC.

ATHLETICS: Two of the region’s most accomplished runners displayed plenty of spirit at the latest Queensland Championships.

City of Ipswich Junior Sportsperson of the Year Jude Thomas came from the back of the field to finish third in his open 5km event at QSAC.

The youngest competitor’s time was 14 minutes, 23.40 seconds, only five seconds behind the winner. 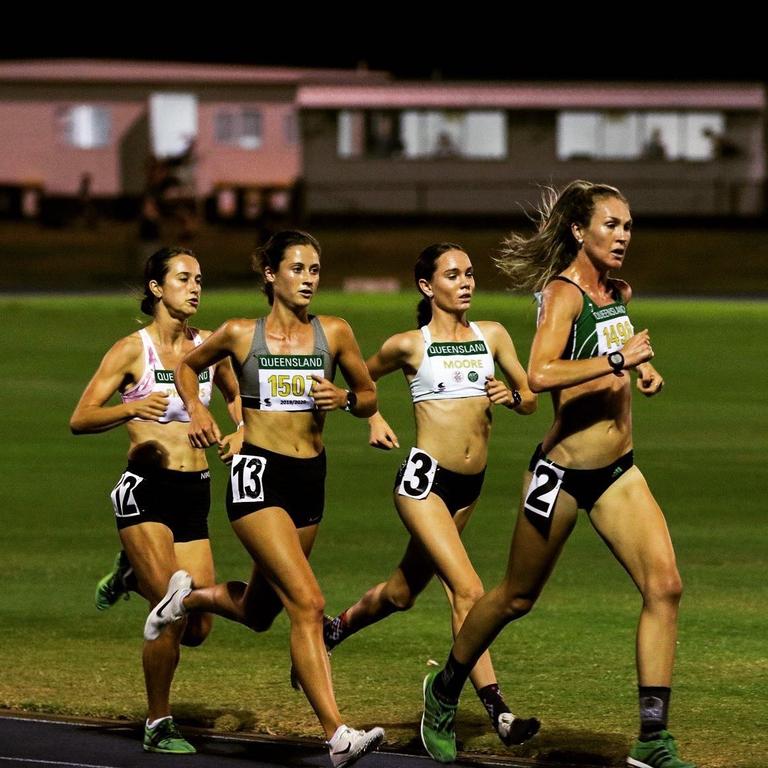 Ipswich and District Athletic Club runner Tamara Carvolth leads the field before finishing fourth in the 5km event at the Queensland Championships.

Thomas won the under-20 state championship.

Former state champion Tamara Carvolth led for much of her 5km race before having to settle for fourth in a hotly-contested field.

Having won the race in 2017, Carvolth covered the latest trip in 17 minutes, 17.97 seconds.  She has never finished lower than fifth over 5km. The pair competed tackled a gruelling challenge in the U16 Heptathlon Championship, an event giving athletes a chance to qualify for the Australian titles in February.

Although still 13, Goody was too strong on the second day of competition, after being in second place on day one.

She won the gold medal with a personal best overall tally of 4354 points.

Doneley was also on a mission to qualify for the national championships and achieved her goal.  She qualified comfortably with a personal best 3602 points, to finish fifth.