“It would be the best numbers in the Lightning Gift for at least 10 years,” Ipswich official Vic Pascoe said of the 37 contenders.

The original sprint program had to be changed to accommodate the increased interest this year.

The Lightning Gift final is at 3.25pm, following the 120m Ladies Gift final at 3.05pm and the 120m Jeff Jones Backmarkers Consolation final at 2.45pm.

McArthur (heat 6) could be an improver having come fourth in the 2017 Ipswich Gift.

Learody (heat 6) is an experienced runner who has been training well.

“It’s an excellent event,” Pascoe said, delighted with the response.

“It’s got a lot of history.  Now 30 years of it for the actual Lightning Gift.” 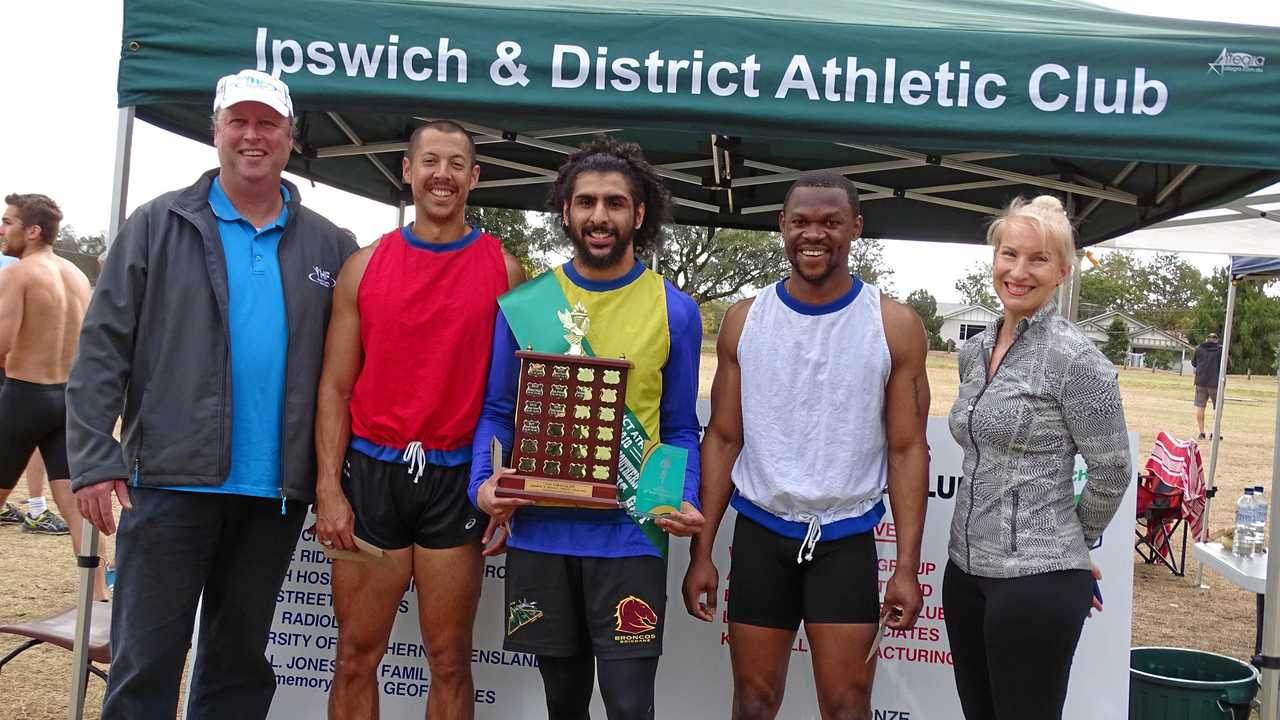 Runners in the 120m Ladies Gift are also chasing $4000 in prizemoney.

The Ladies Gift field has attracted one of Australia’s fastest teenagers Hilal Durmaz, a former Ipswich Girls’ Grammar School student.  The future Olympic prospect is backmarker in the first heat.

Csurhes (heat 4) won the silver medal representing Australia in the U/20 100m hurdles at this year’s Oceania Championships. Pascoe said having so many Ipswich club runners compete against Stawell Gift athletes was a positive.

“I believe that if every one of them decided to go down there (Stawell), they’d be competitive,” Pascoe said.

“They’ve got to get in front of a handicapper to show that they are consistent in their performances.”

A strong contingent of Ipswich and District Athletic Club runners are contesting a range of events at Sunday’s annual carnival.

Madison Wells, 17, is competing in the Ladies Gift and the 70m dash.

Learoyd, 38, has nominated in the Masters events as well as the Lightning Gift.

Charlize Goody is lining up in the jumps and throwing disciplines.

Mickeelie Johnson, 14, and Mikaela Doneley, 13, will be competing in the 70m Dash.  Mikaela is also contesting the high jump.

Kiara Condon, 15, will be competing in the high jump, shot put and discus.

Seb Sills, 11, will be in the shot put and discus.

Monique Williams, 12, has registered for the 70m Dash.  Monique is the current Queensland school champion for 12 years in the combined events which consists of 800m, long jump, shot put and 100m.

Events at Sunday’s 38th Ipswich Winter Carnival start at 9.30am with the 1500m in all ages.

After the field events all morning, the focus moves to the sprint events.